Its rooms are filled with wonderful artifacts that tell the tale of the fascinating history of Cold Spring Harbor’s early ties to the whaling industry as well as the unique maritime heritage of Long Island.

If you’re like me, chances are the last time you visited the museum was on a field trip with one of your children. Since my kids are much older now and it’s been some time since I’ve been there, I decided to revisit the museum before writing this article. 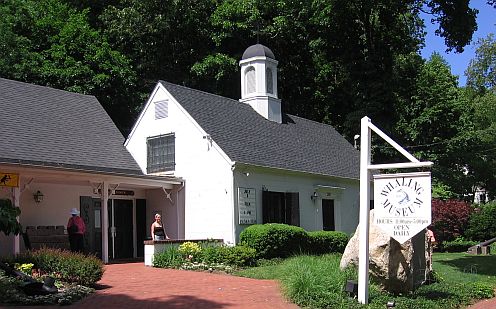 I was lucky enough to get a private tour by the museum’s executive director, Paul DeOrsay, who filled me in on the history of the museum itself and of Cold Spring Harbor’s role in Long Island’s maritime history. The museum is staffed with knowledgeable volunteers and audio tours are also available

The Cold Spring Harbor Whaling Museum has been in operation since 1942. It is one of only two such museums - the other is in Sag Harbor- and it is the only whaling museum open year round. The first thing that catches your eye when you walk into the museum is in fact, the museum’s pride and joy: a 30 foot, 19th century whale boat that dates back to 1912. 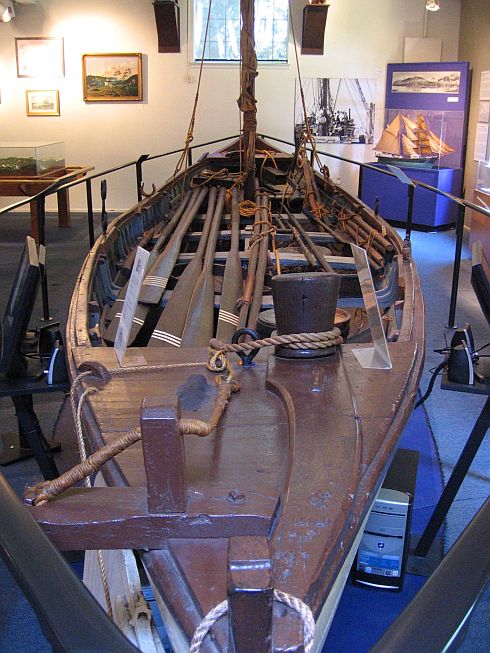 Mr. Robert Kush Murphy, a scientist, went on a number of whaling voyages in that very boat. He eventually purchased it and offered it to friends who lived in Cold Spring Harbor with the stipulation that they build a museum around it, which is how the museum came to be built. The boat is the only original 19th century whaling boat in New York State.

In addition to the boat, which has all of its original equipment, including harpoons, the museum also houses a very large scrimshaw collection. Scrimshaw is basically handcrafted objects made mostly from whale teeth and bones. Since the early whaling voyages were so long, often times the sailors kept themselves busy creating these beautiful works of art. 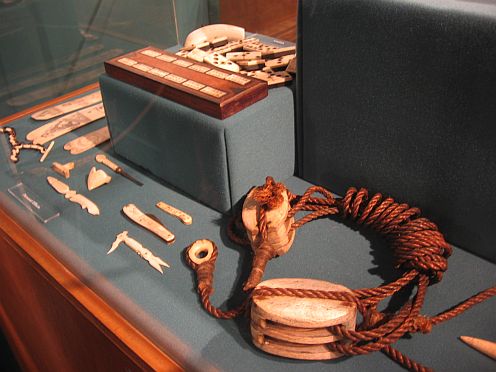 Mr. DeOrsay explained that many of the pieces on display, which included decorative boxes and whale teeth, walking sticks, knives, sewing tools and other objects, were donated by local families. Tucked into one corner of the room that housed the boat was a large cast iron “try pot.”

Try pots were often built on top of whaling boats and were used to render whale blubber into oil. The oil was then used to make such things as soap. It was also used in oil lamps, and the museum has an extensive collection of those lamps on hand.

In a smaller room, which was called “The Wonder of Whales” there were some cool objects that kids were allowed and encouraged to touch such as a large orca skull that was found on a beach on Long Island and donated to the museum. Also in this part of the museum are portraits of whaling captains as well as pages and documents from ship log books and captain’s journals. A short, educational film is also shown in this room. 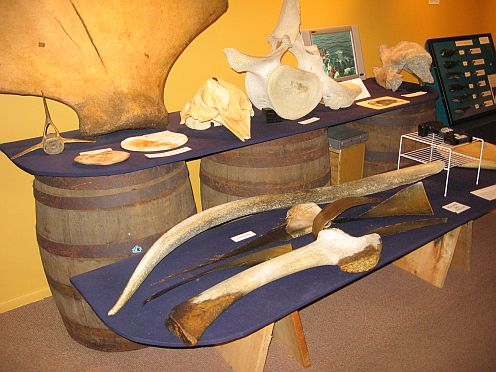 The other side of the museum includes a room where children who are visiting on a school trip do arts and crafts. It is also where the museum’s exhibits that change every year are showcased.

Currently showing is “Tales & Treasures from the Attic & Archives.” This exhibit includes artifacts that date back to the 1800s and includes an 18 foot dugout canoe from Liberia that was used by freed blacks, other scrimshaw pieces, beautiful oil lamps, women’s whalebone corsets (measuring an unbelievable 21 inches) and even a child’s “potty” chair.

The Cold Spring Harbor Whaling Museum is open all year round Tuesday-Sunday from 11 a.m. until 5 p.m. Admission is $6 for adults; $5 for seniors and children 5-18.

This summer, the Cold Spring Harbor Whaling Museum will have many events and programs for children including their Ocean Explorers Program, Water Workshop Wednesdays, Shell Swap and The Great Pirate Overnight. For more information, call (631) 367-3418 or visit www.cshwhalingmuseum.org