Long Island doesn't get a lot of snow like this, but every 3 or 4 years we'll get a good snow storm that just stops everything. This one dumped 14 inches on us and really messed things up. The roads were terrible, kids got the day off from school, and many businesses closed.

There's nothing like a good snow. Yes, it cancels plans, causes accidents, and can be a major inconvenience, but the beauty, wonder and excitement a good storm brings makes me feel like a kid again.

Emerson described the feeling best in his poem "The Snow-Storm."

Here is the complete poem along with some pictures sent to me by friends across Long Island:

The Snow-Storm
by Ralph Waldo Emerson

Announced by all the trumpets of the sky, Arrives the snow, and, driving o'er the fields, Seems nowhere to alight: 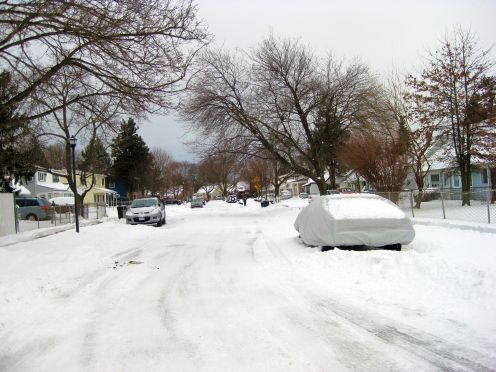 A snow covered street. Photo and © Barbara Levy, author of Life Around Levittown.

The whited air Hides hill and woods, the river, and the heaven, And veils the farmhouse at the garden's end. 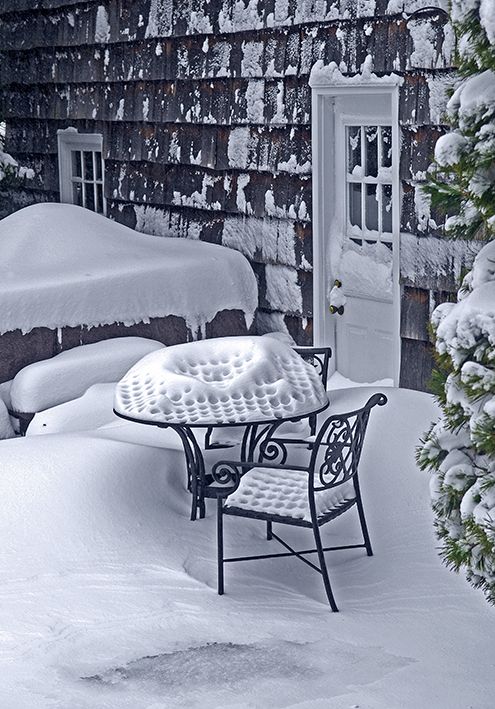 I love the waffle pattern... Photo and © by photographer Alida Thorpe.

The sled and traveler stopped, the courier's feet Delayed, all friends shut out, the housemates sit Around the radiant fireplace, enclosed In a tumultuous privacy of storm. 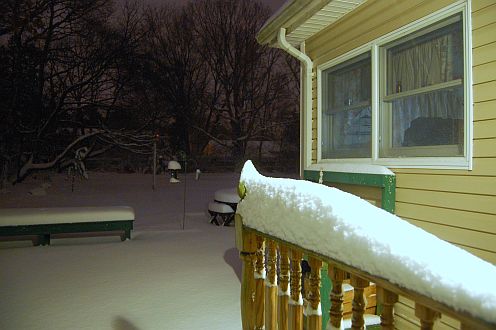 5:19AM: This is the first thing I saw when I got up the morning of the storm.

Come see the north wind's masonry. Out of an unseen quarry evermore Furnished with tile, the fierce artificer Curves his white bastions with projected roof Round every windward stake, or tree, or door. 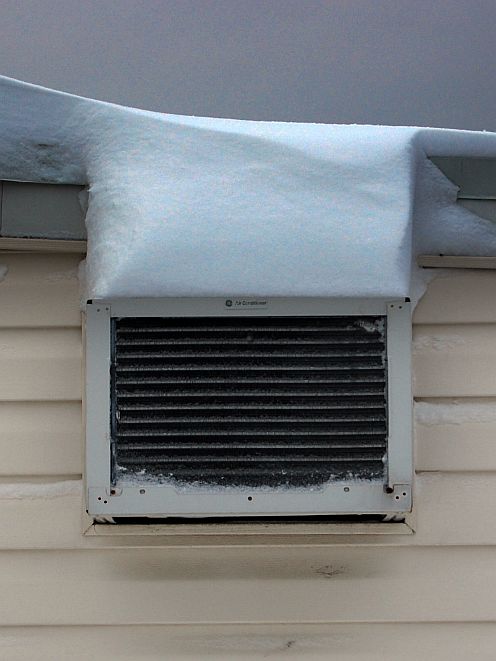 Do you see the irony here?

Speeding, the myriad-handed, his wild work So fanciful, so savage, nought cares he For number or proportion. Mockingly, On coop or kennel he hangs Parian wreaths; 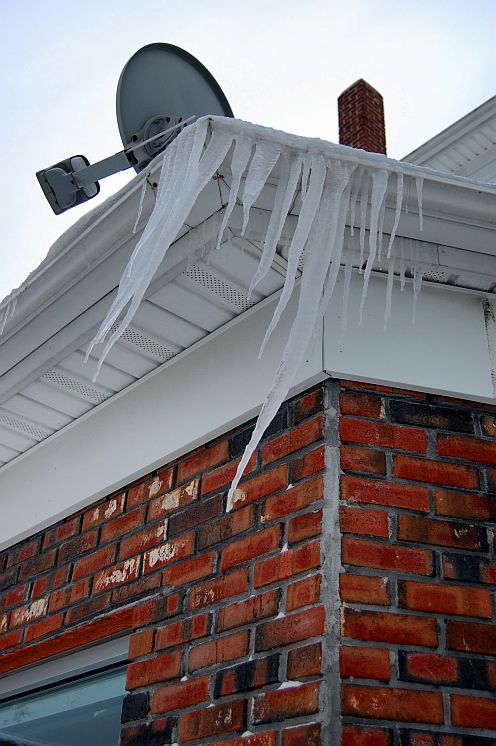 The wind blew these icicles sideways as they were forming.

A swan-like form invests the hidden thorn; Fills up the farmer's lane from wall to wall, Maugre the farmer's sighs; and at the gate A tapering turret overtops the work. 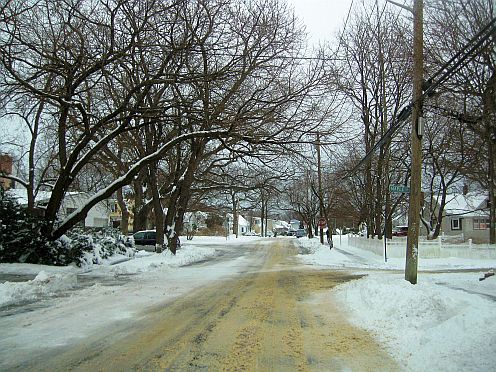 And when his hours are numbered, and the world Is all his own, retiring, as he were not, Leaves, when the sun appears, astonished Art To mimic in slow structures, stone by stone, Built in an age, the mad wind's night-work, The frolic architecture of the snow.

I love that last line "The frolic architecture of the snow."

On with more pictures... 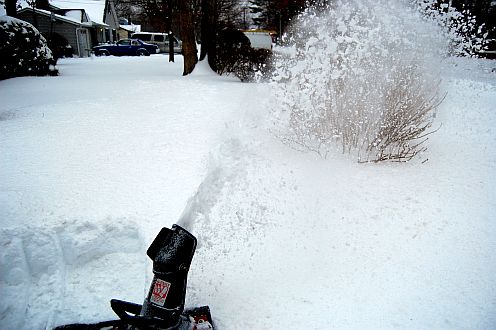 A lot of Long Islanders where doing this... 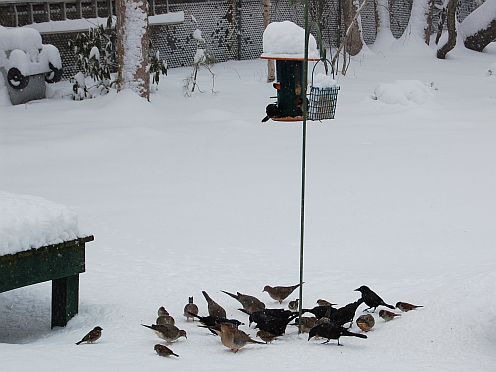 And a lot of birds were doing this. 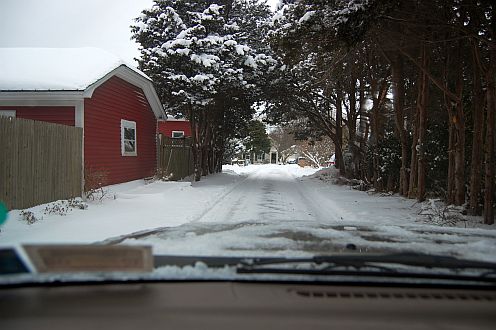 I went for a drive. 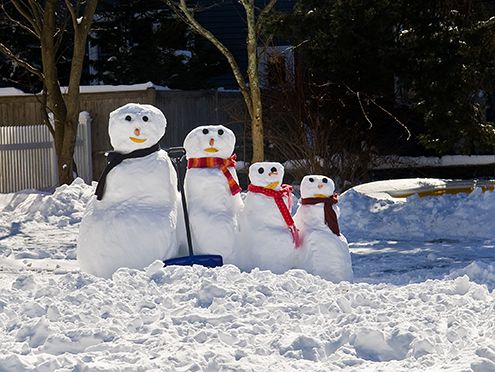 A family out enjoying the snow. Photo and © Alida Thorpe.

So there you have it. A poem and pictures of a late winter snow storm on Long Island.

Special thanks to Alida Thorpe, Diana Faria, and Barbara Levy for sharing their photos with me.