When one thinks of vineyards and wine-tasting tours there is a certain unadorned simplicity that is almost invariably attached. The mind draws up pastoral landscapes, perhaps worked by pleasant and simple people with quaint rural demeanors. 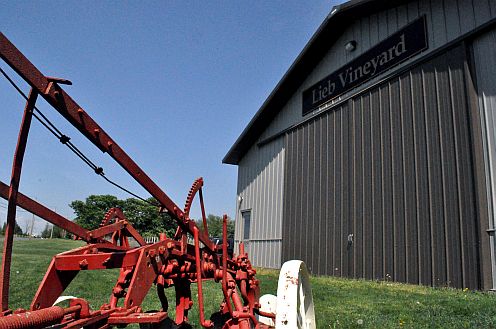 Then you have the other side of that same coin: the industrial, sterile, and sometimes faceless conglomerations. Somewhere wedged between the two you have a company like Lieb Family Cellars, a winery that borrows from both categories and successfully mixes efficiency with responsibility.

First a bit of history: In 1983 a selection of Pinot Blanc made its way from the Alsace region of France all the way to Mattituck, Long Island, where it would be grafted to 15 acres of vineyard. These grapes were sold off to wine makers for production until 1992 when Mark and Kathy Lieb, with a twinkle in their eye and a dream in their heart, decided to buy the whole vineyard.

It was then that Lieb Family Cellars was born. In 2000 Mark Lieb became one of the founding members of the Premium Wine Group, an industrial wine production company that specializes in “custom-crush” procedures. Since its inception multiple local vineyards have made use of the ease of their facility for crushing and production. Lieb now owns 55 acres of vines, and on average makes 8,000 cases of wine per year.

Lieb’s strengths do not stem from attempting to make their facility what one might expect from a vineyard in a classical sense. Instead Lieb has streamlined the entire process, making its mission to produce quality wines using capable methods.

Gone are the ancillary elements: the idyllic open ranges, the southern French châteaux façade, the quaint and warming images often associated with wine country. Lieb has cut the process of production down to its bare bones and in doing so doesn’t hide behind the traditional concepts typically married to the industry; instead reliant on the strength of their product. 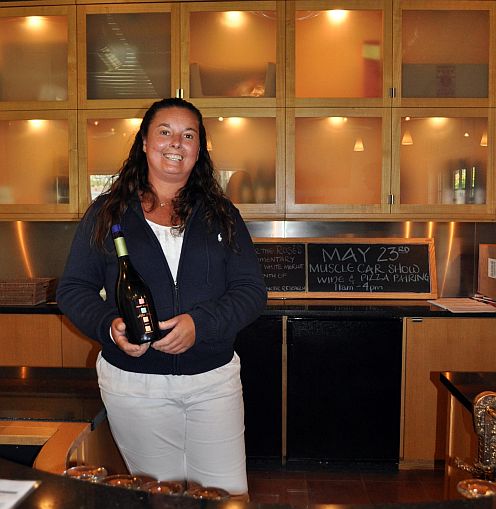 Right from the get-go the experience seems very professional. The tasting room is right off of Sound Avenue, a major road through the north fork, which remains clearly visible from the facility. The tasting room itself is just a small chamber lodged in what is otherwise a large industrial building for the Premium Wine Group.

The tasting room is very lovely on the inside, offering a uniquely designed bar with very pleasing décor. The staff, in this case the tasting room manager Melissa Flatt, was extremely welcoming, helpful, and insightful. Customer care definitely is a strong priority within the Lieb organization. 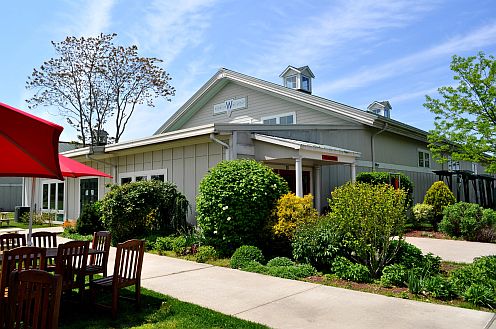 Another strong priority within the company is that of responsibility. Lieb has taken immense steps in their production to make sure their vineyard is ecologically friendly and sustainable. Lieb proudly promotes its adherence to herbicide-free growing practices, as well as taking additional steps to insure that their production does not lead to detrimental effects down the line.

A top cover is added to the soil to help prevent any additional erosion, as well as the use of organic fertilizer to help minimize nitrogen seepage into the water. They also engage purely in hand-tending and harvesting of their vines, allowing for much cleaner and greener results. The hard work did not go unnoticed as the USDA issued a $23,185 10-year grant in Lieb’s name for their conservational efforts. In addition to that Lieb also has 3 charity wines in which a portion of the proceeds go to a charitable organization. 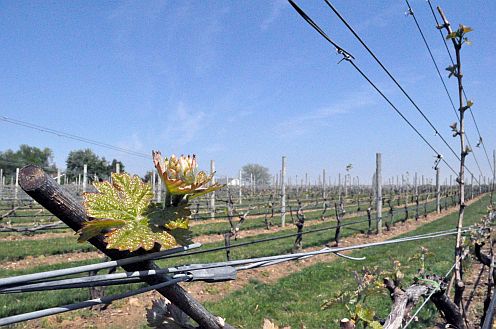 And, of course, there is the wine itself. The lineup over at Lieb is noticeably well rounded. Lieb’s wines tend to be fairly balanced, lighter, and with high acidity that is more or less customary to the vine yields of Long Island. As I ventured through the tasting experience it was obvious that the quality of Lieb’s product is extremely consistent across the board, with very few falters along the way, and with a surprisingly vivacious array of Sparkling Wines.

Above all else: Lieb makes wine for wine drinkers. If you’re the kind of wine enthusiast who wants a no frills experience and an overall quality product then Lieb most likely will appeal to your sensibilities.

Members of the winery also praise Lieb’s ease of membership, allowing for swapping of wine club bottles to those of preference, a courtesy not normally extended to members of other wineries.

Plus, seriously, try their sparkling wines.

Back to Long Island wineries